From a cancer diagnosis to a leg amputation; through a remarkable recovery to his final days; Marley never failed to make an impact on those around him.

Without treatment, he would die within a few months.

Only one option had potential to extend Marley’s life: amputate the affected leg to stop the cancer from spreading. This would be followed by chemotherapy, in hopes of killing any remaining cancer cells. To the Braskys, any extra time with their dog was well worth the cost, emotion and risk of the surgery, which Marley successfully underwent at The Ohio State University Veterinary Medical Center in March.

50 percent of dogs who receive this surgery/treatment combination survive another 10-12 months with a much higher quality of life, according to Dr. Elizabeth Schuh, Marley’s primary veterinarian at Ohio State’s Blue Buffalo Veterinary Clinical Trials Office.

“After the surgery, he recovered really well; with three legs he was walking and playing totally fine,” said Ted, who works at Ohio State as a research assistant professor in the College of Medicine. “When you think about us with one leg, it’s a different story.”

Better yet, the Braskys paid almost nothing in veterinary bills after they agreed to enroll Marley in a clinical trial he was eligible for.

After Ted and Sabrina discussed Marley’s situation with their daughter, Ellie, things took an unexpected twist. For Ellie’s 6th birthday party, she asked if –instead of gifts!- her friends could bring dog toys for the sick dogs at Ohio State.

“We were moved and impressed by her level of maturity,” said Ted, who decided to take his daughter’s idea even further and launch a mini campaign for donations.

He said he wanted to express his sincere gratitude for the amazing experience his family got with Marley’s veterinarians, especially Dr. Schuh, and to the dogs participating in clinical trials. 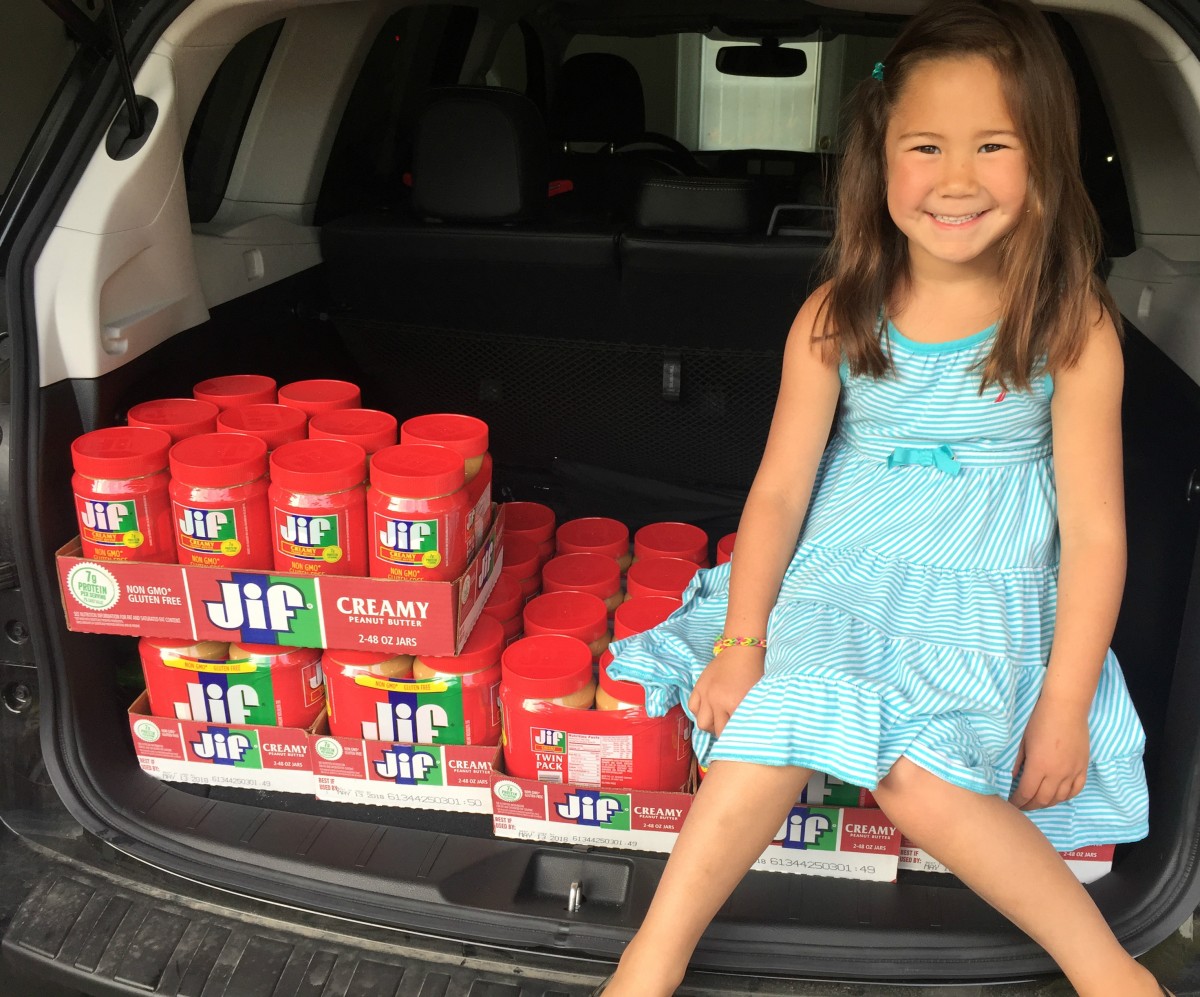 “These dogs are undergoing experimental treatments at no consent of their own, to someday help people,” he said. “Something about that is incredibly admirable, and these dogs should be made as comfortable as possible.”

A birthday party and a few Facebook posts/networking calls later, the Braskys had amassed a total of 130 treat-dispensing dog toys, 146 bottles of Jiff peanut butter and a mini freezer to donate to the Clinical Trials Office.

“The Braskys are just phenomenal people, and so giving and compassionate,” said Dr. Cheryl London, director of the Clinical Trials Office, on the donation. “It’s wonderful to have such truly devoted people involved in our clinical trials efforts.”

Unfortunately, the Braskys said goodbye to Marley on July 10, due to unforeseen complications. In most dogs with osteosarcoma, cancer spreads to the lungs, but Marley’s had spread to his spinal cord, causing significant pain.

“Marley was a very special dog, and so of course he wasn’t going to do anything the normal way,” Schuh said. “He was always going to do something different.”

Schuh’s adoration for Marley was echoed by many in the clinical trials office, including London and Dana Jennings, RVT. Although his life was cut short, the treatment Marley received allowed him to live his final months happily and without pain.

“We got the extra time with Marley that we needed,” Ted said. “And the time I think he would have wanted.”