A family gets more time with their dog 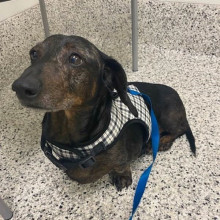 Some families choose their dogs, other times, the dog chooses the family. Peter, the dapple colored dachshund chose Angela and her two young daughters. They adopted Peter as a puppy from a family friend in 2010 and he’s been the best dog ever since. Peter’s family jokes that he is a big dog trapped in a small dog’s body. “Peter loves to get attention from anyone who will pet him, and he is the sweetest boy you will ever meet!” Peter’s mom, Angela said.

In August, Peter’s family made the two-hour drive from Toledo, Ohio to Columbus, Ohio for him to see Dr. Alec Repasy an oncology resident. Dr. Repasy explained to Peter’s family that his tumor needed to be removed to assist in the quality as well as the quantity of his lifespan.

“Dr. Repasy and Dr. Mitsui have both been more than awesome answering my phone calls, millions of questions and caring about their patients. Every time I walk out, I feel as though they truly care about Peter, I know he feels the same. He is always going to them for love and pets during our appointments and I know feels safe while in their care,” Angela said.

Today, Peter has recovered and is back to bonding with his family.

“Peter is living his best life, laying in any patch of sun he can find, getting belly rubs and running to the fridge every time the cheese drawer opens.” said Angela. “My daughters love to dress him up, read books to him and sneak him snacks at times. These little girls will get to make more memories with Peter and I will get to spend more time with my best friend who has been by my side for the last 11 years.” 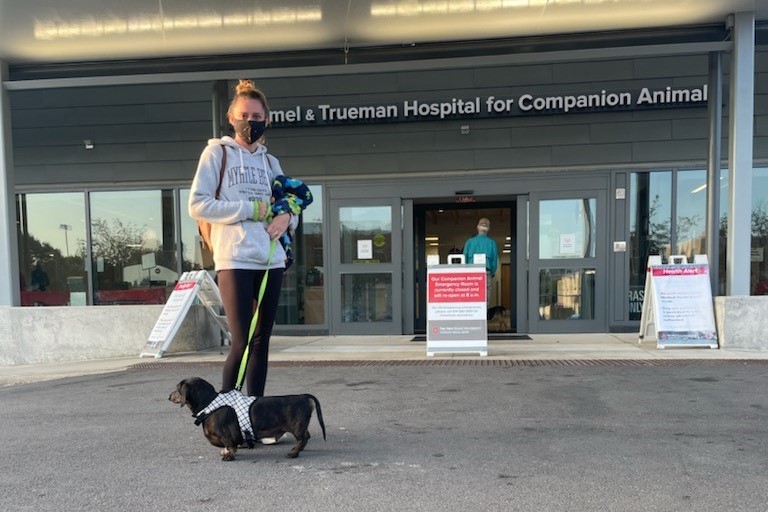 You can make a difference for pets like Peter by making a gift.