At a whopping 22 pounds, Bauer Hazen doesn’t look like he could handle much. However, similar to his namesake, Jack Bauer, from the popular television show “24”, Bauer is a force to be reckoned with.

After an incident involving Bauer and his four-legged cousin potentially ingesting human medication by accident, Eli Hazen and his girlfriend Jenn took Bauer to their local vet. After a few tests everything checked out fine and they were sent home. A few hours after, Eli noticed something was not quite right with Bauer. “He had a large knot on his leg and it was swelling at a rapid rate.” Eli recalls.

Eli chose to take Bauer to the Ohio State Veterinary Medical Center (VMC) since it was closer and his looming concern over Bauer’s wellbeing. Upon their arrival, they were seen by the VMC Emergency Service. 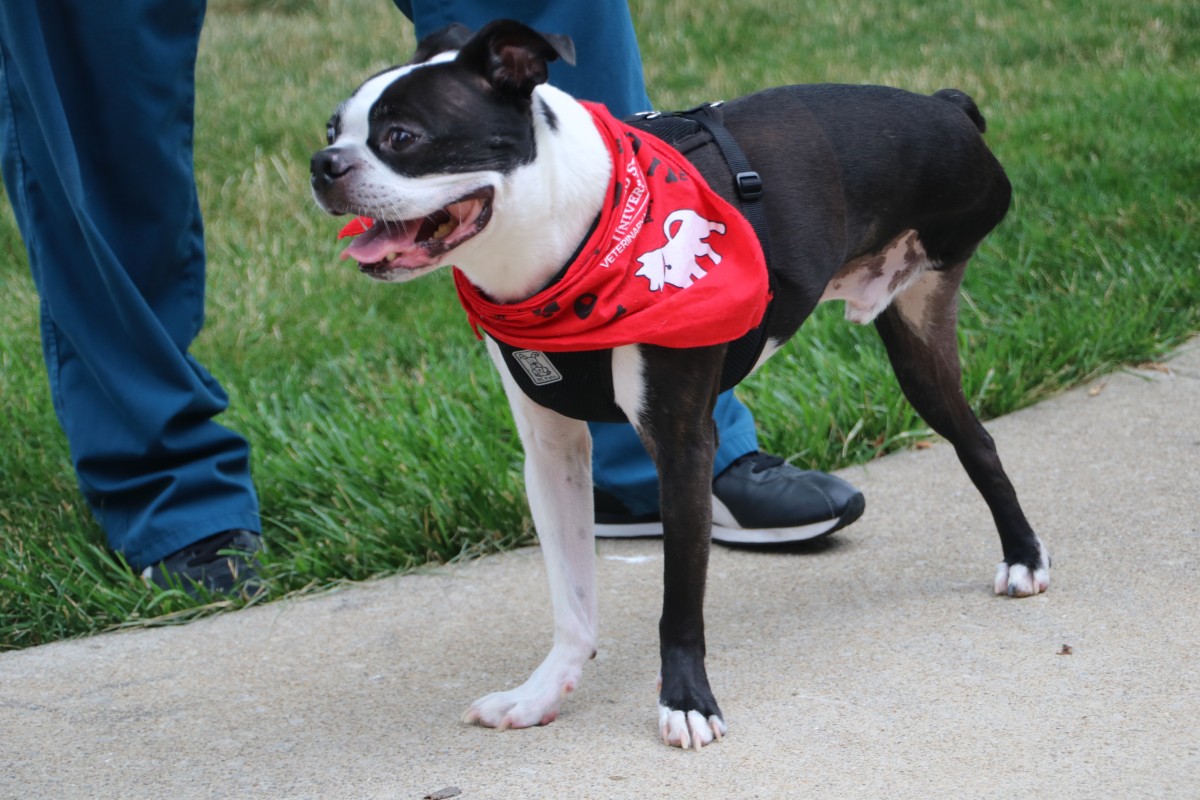 The team found that Bauer was suffering from a flesh eating bacteria on his leg, most likely caused from an infection after his blood was drawn during his previous vet visit. The infection had spread so quickly that they had two options for Bauer: try to flush out the infection or to amputate the leg completely. Without proper treatment, Bauer would enter into sepsis and the results could be fatal.

The biggest concern the Eli and Jenn had was the lingering question of what would Bauer’s quality of life with only three legs? Dr. Katherine Gerken, resident in emergency and critical care explained that flushing the wound did not guarantee a full recovery. There was still a chance that the infection would continue to spread to Bauer’s bloodstream and pose a potential threat to his life. Amputation would completely cut the infection from the source. The Hazen’s opted for the latter and hoped for the best.

Bauer’s surgery was a success and the team was able to fully remove the infection. In less than 24 hours Bauer displayed the resilience of his TV character counterpart and was back to walking normally. He continues to live a healthy and happy life at eight-years-old. “You would have no idea he is a ‘tri-pawed’ dog,” Jenn said.

Two weeks prior to Bauer’s visit, the Emergency Department at the VMC saw a similar case to Bauer’s and were able to treat the animal with amputation to remove the infection. The doctors explained they normally only see an average of two of these cases a year. “It is a condition that is very hard to detect and diagnose if it is not on your radar.”

Eli and Jenn are happy that Bauer was saved by the VMC and are thankful for the dedicated clinicians and their quick action. “We will never take him anywhere else,” Jenn said. You can follow Bauer’s ‘tri-pawed’ adventures on Instagram @bauertheboston