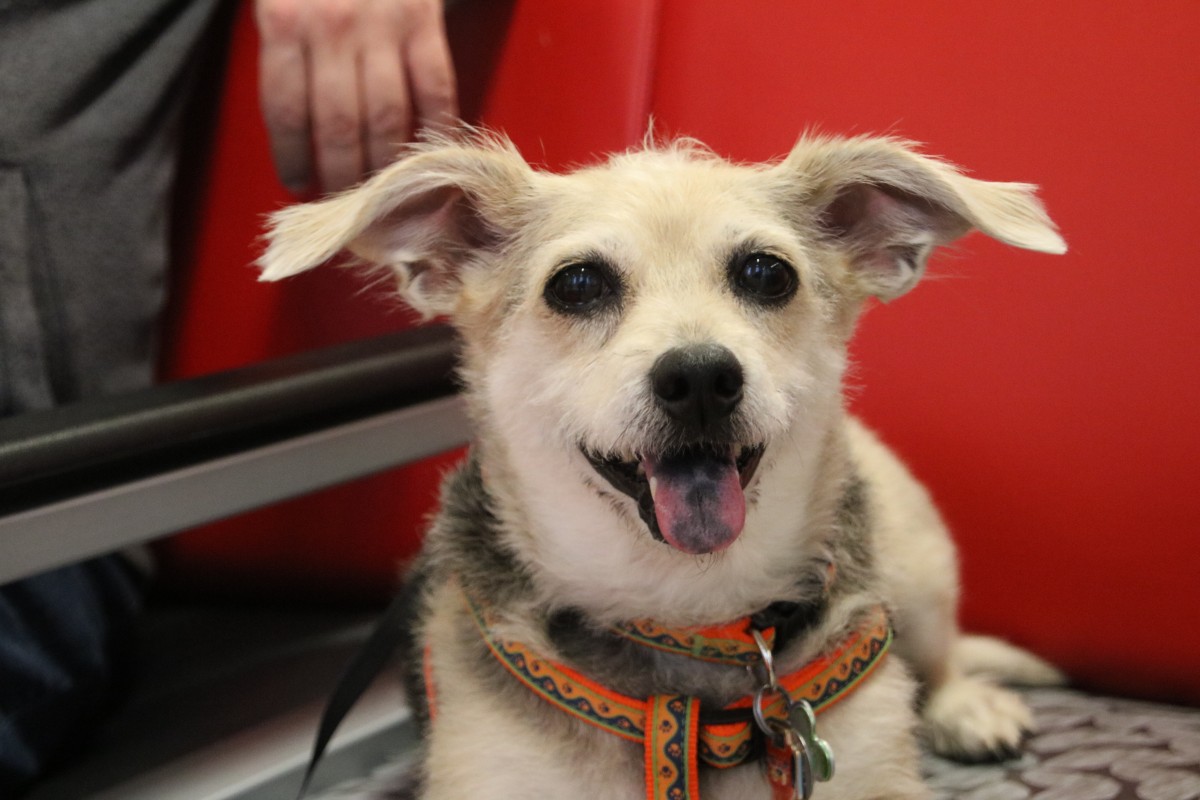 For pet-owner and University of Michigan graduate Chad Williams, the love he possesses for his dog, Gracie, represents the strong, everlasting connection between animal and human.

As a puppy, Gracie originally belonged to Williams’ brother and mother. But around the time Gracie turned six, Williams’ brother departed for college, while his mother moved to a different location due to an illness — leaving the Bichon Mix without a home.Williams decided to take Gracie in as his own, and give her the care she needed, including fresh grooming, visits to the vet and trips to the park to socialize with other dogs.

Now two years later, Williams said that the friendship between he and his dog has grown into something he never expected. “Gracie has become my life,” he said. “We’re kind of glued at the hip, and she’ll be with me for as long as she’ll be around.” Around early October of last year, however, Williams said he and Gracie were sitting on his front porch when he went to pet her and felt lumps near her neck.

“I was starting to get pretty worried, so I did some research, and called the vet to get her in the next day,” he said. “They had the diagnosis by that next week; she had lymphoma.” After speaking with those close to him about Gracie’s condition and options for care, Williams’ friend, who had experience in writing a publication about cancer, suggested that he try The Ohio State University Veterinary Medical Center because of the possibility of a clinical trial. Williams was able to get Gracie into Ohio State the very next week, which to him, made all the difference.

Once at Ohio State, Williams was told that Gracie may need to receive chemotherapy due to her ongoing battle with cancer. At first, he did not want to put Gracie through the treatment due to its possible negative and harmful effects. But after gaining more knowledge about how it would help his friend, Williams had a change of heart. “Once we started to get into it a bit more, and with the things I learned and started to learn, I realized that this was not bad at all,” he said. “There’s no real cure for the disease but through chemotherapy, there’s the chance that she could have a better quality of life.”

Additionally, Williams said that Dr. Megan Brown, an integrated oncology clinician at the VMC, and the group who has worked with Gracie have provided care and attentiveness that has been nothing short of amazing. “They’ve been super professional, and I appreciate everything they’ve done for my dog and for me,” he said. “They’ve been very helpful, patient, and I’ve had access to my veterinarians.”

However, due to a handful of life expenses, Williams said that it would be harder to pay for Gracie’s treatments alone. He received a Petco Foundation and Blue Buffalo Foundation pet cancer grant from The Ohio State University College of Veterinary Medicine. The grant has made it possible for him to have a little more flexibility with his wallet, so he can help pay for Gracie’s treatment while managing the everyday expenses of pet ownership. In light of this, Williams added that he is extremely grateful for the gift of a grant, and said he has a financial plan for the future.

“It kind of helped me get to the point where I am now, and I feel like once this is done, I’ll be able to either do another round of treatment and afford it, and/or give back to the hospital to help others owners like me,” he said. Williams is extremely appreciative of all the things Petco and Blue Buffalo have done for him, Gracie and the entire pet-owning community.

“They are doing remarkable work, are an amazing cause and I’m grateful for the opportunity they gave Gracie,” he said. “I think she’s a special dog and deserves it, and I think she was born to be a star.”

About The Petco & Blue Buffalo Grant

In May of 2016, the Petco Foundation and Blue Buffalo Foundation announced grant investments totaling $350,000 to support pet cancer research and treatment initiatives for Blue Buffalo Veterinary Clinical Trials at The Ohio State University College of Veterinary Medicine. The College of Veterinary Medicine is one of six top-ranked veterinary schools chosen to receive this three-year grant which will provide financial support for qualified clients/pet parents who would not otherwise be able to afford the cost of cancer treatment. Visit vet.osu.edu to learn more about the grant.