Dr. Stephen H. Hughes received his Ph.D. from Harvard University under the direction of Dr. Mario Capecchi and performed postdoctoral research under the direction of Drs. J. Michael Bishop and Harold Varmus at the University of California, San Francisco. From 1979 until 1984, Dr. Hughes was a Senior Staff Investigator at Cold Spring Harbor Laboratory. In 1984, he established the Gene Expression in Eukaryotes Section at the National Cancer Institute (NCI)-Frederick. He became Deputy Director of the ABL-Basic Research Program in 1988 and Director of the Molecular Basis of Carcinogenesis Laboratory at the NCI-Fredrick in 1995.

Dr. Hughes is an Organizer of the Annual HIV DRP Conference and David Derse Memorial Lecture and Award and has served as an Organizer of the Retroviruses and Viral Vectors Meetings at Cold Spring Harbor Laboratory and the Annual Meeting on Oncogenes. He has been invited to present his cutting-edge research at numerous national and international conferences and seminars at leading research institutions worldwide. He will be a keynote speaker at the 2017 Cold Spring Harbor Laboratory Meeting on Retroviruses.

Dr. Hughes and his colleagues have published over 323 research articles and 41 invited book chapters, reviews, and commentaries. He was named one of the most frequently cited AIDS researchers by Science Watch in 1996. Dr. Hughes holds eight issued and two pending U.S. patents derived from his innovative retrovirus research and antiviral drug development.

Dr. Hughes has served as the Editor of Technique and as an editorial board member of Journal of Virology, Molecular and Cellular Biology, Virology, and Antimicrobial Agents and Chemotherapy. Dr. Hughes also serves as a member of many national and international committees and boards, such as the FDA Vaccines and Related Biological Products Advisory Committee, NCI-Frederick Institutional Biosafety Committee, and the World Health Organization Study Group on Cell Substrates for Production of Biologicals.

Dr. Hughes was selected by the Center for Retrovirus Research of The Ohio State University to receive the 2017 Distinguished Research Career Award in recognition of his substantial body of work on retroviruses. 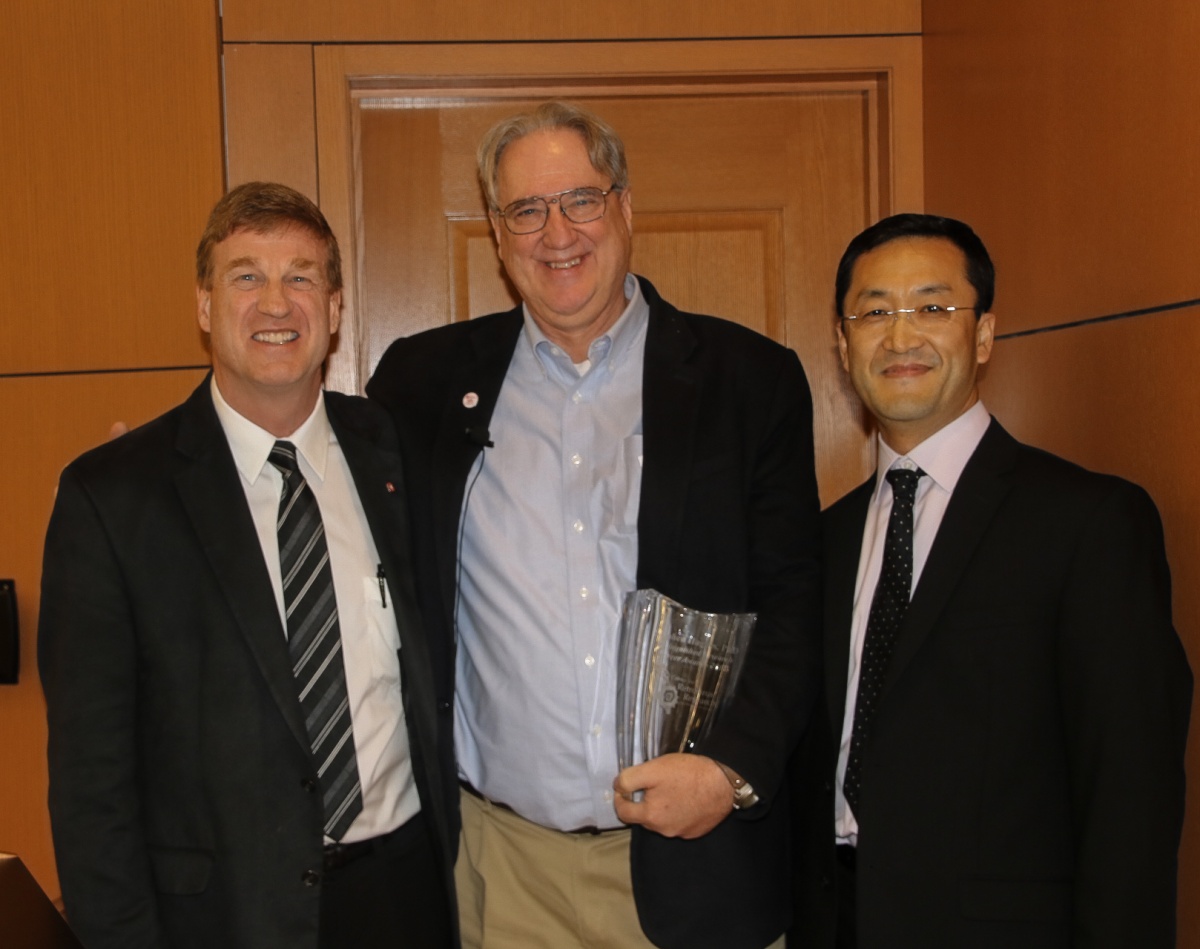 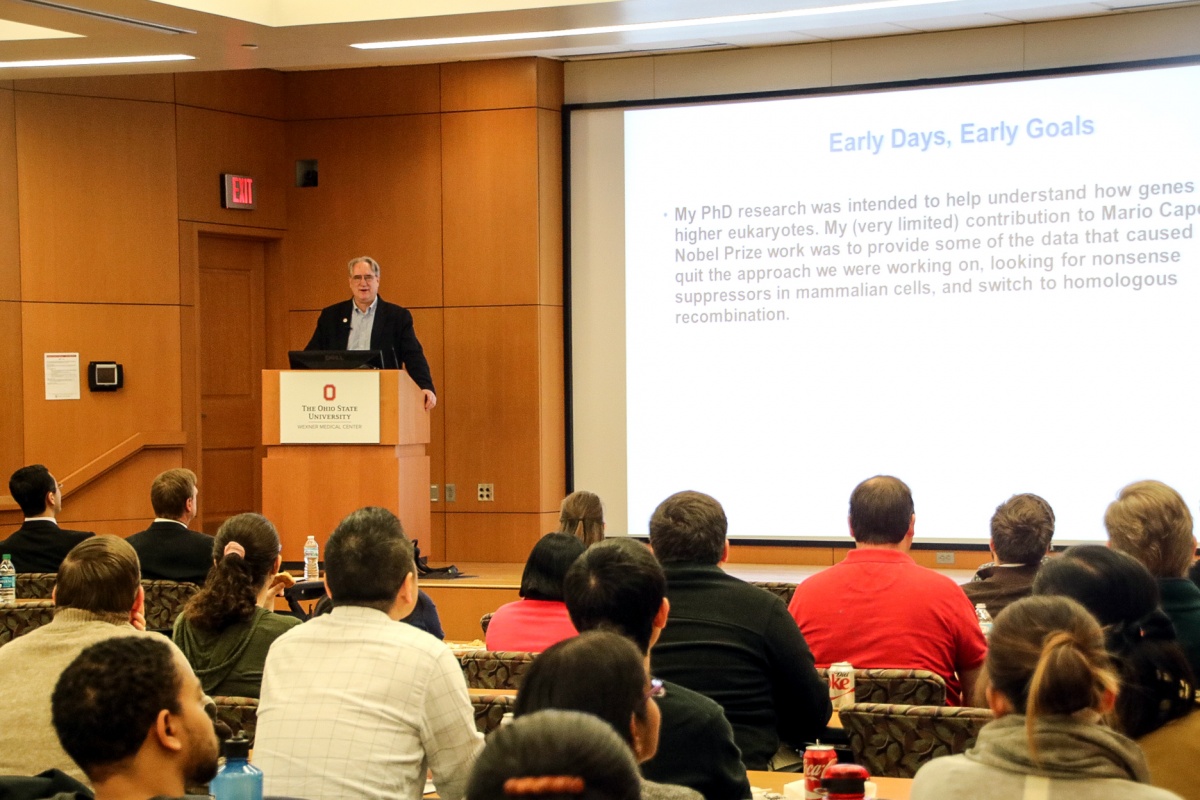 Dr. Stephen Hughes during his distinguished research seminar presentation to the Center for Retrovirus Research and OSU faculty, staff, and students. 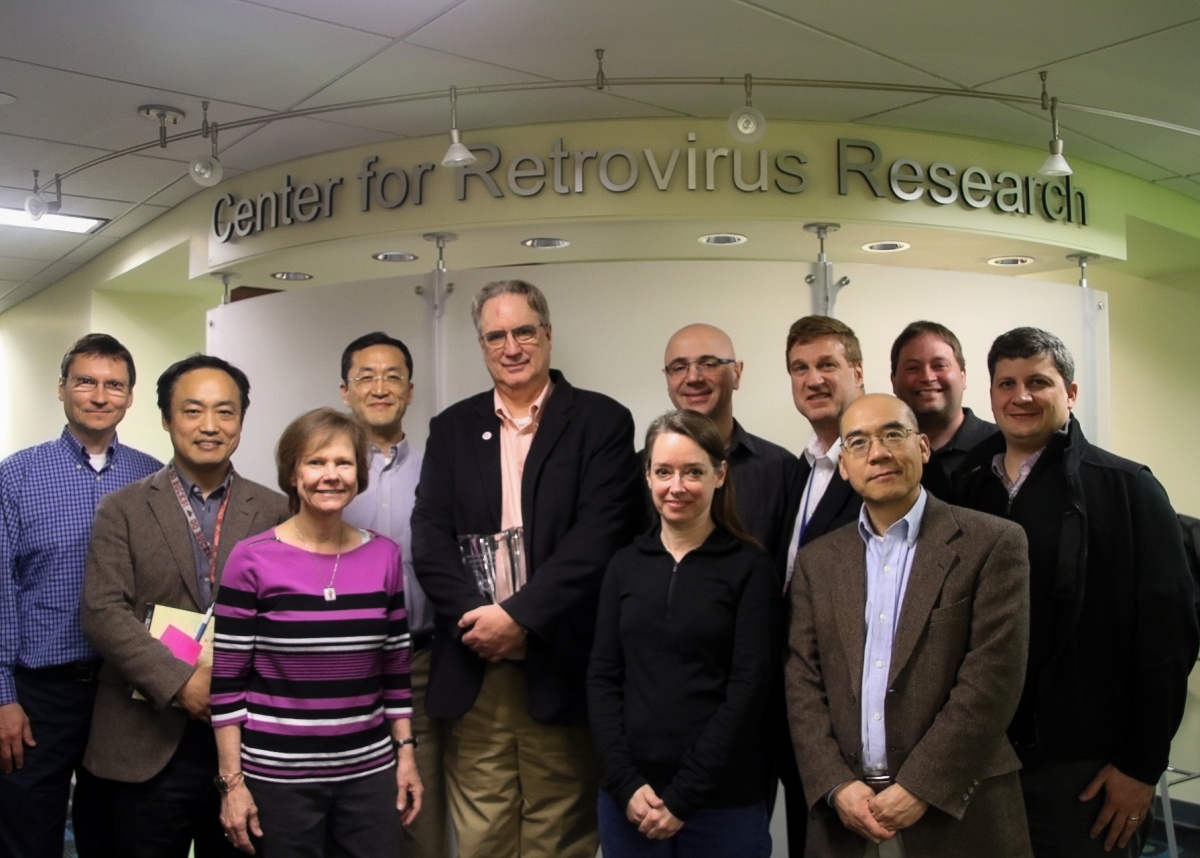