Dr. Michael Emerman grew up in Columbus, Ohio and received his B.S. in Biochemistry at The Ohio State University. Dr. Emerman obtained his Ph.D. in Cellular and Molecular Biology at the University of Wisconsin-Madison in 1986 under the guidance of Dr. Howard Temin, a 1975 Nobel Laureate in Physiology or Medicine, where he used retroviruses to study how gene control elements could interfere with one another. During his graduate student years, HIV, the virus responsible for causing AIDS was discovered, and Dr. Emerman continued postdoctoral training at the Pasteur Institute in Paris to work with its co-discoverer, Luc Montagnier (2008 Nobel Laureate in Physiology or Medicine). During that time, Dr. Emerman characterized HIV-2 and discovered the function of one of the key regulatory genes of HIV-1. Since 1989, Dr. Emerman has been a Member of the Fred Hutchinson Cancer Research Center (FHCRC) in Seattle, Washington and an Affiliate Professor in the Departments of Microbiology and Global Health at the University of Washington.

Dr. Emerman has published over 100 peer-reviewed articles in the field of molecular virology with an emphasis on the biology of HIV. He was the recipient of an American Foundation for AIDS Research Scholar Award and a National Institute of Allergy and Infectious Diseases Merit Award. He serves as Editor of Virology, Associate Editor of PLoS Pathogens, and Academic Editor of PLoS Biology. He has also served on multiple NIH study sections. Since 2006 he has been Director of the Molecular and Cellular Biology Ph.D. program at the University of Washington/FHCRC where he also teaches a popular graduate course called "Human Pathogenic Viruses."

Dr. Emerman is an internationally renowned investigator making significant scientific contributions to the understanding of the molecular and cellular biology of HIV. Early investigations by his group showed that HIV is different from other viruses in its family by being able to infect non-dividing cells. This property has been exploited by others to develop HIV-like gene transfer vectors. Dr. Emerman also discovered that an HIV protein, Vpr, causes cell cycle arrest. Recently, Dr. Emerman has focused on the evolutionary battle between viruses and their hosts using HIV as a model for determining why innate immune defenses do not function well against HIV. Along with collaborators, Dr. Emerman has characterized the evolution and function of host antiviral genes and the antagonists against these defenses that are encoded by viruses. He invented a name for these studies, "Paleovirology," to capture the concept that ancient viruses have shaped the human repertoire of antiviral defenses in ways that impact our resistance or susceptibility to modern-day emerging viruses. 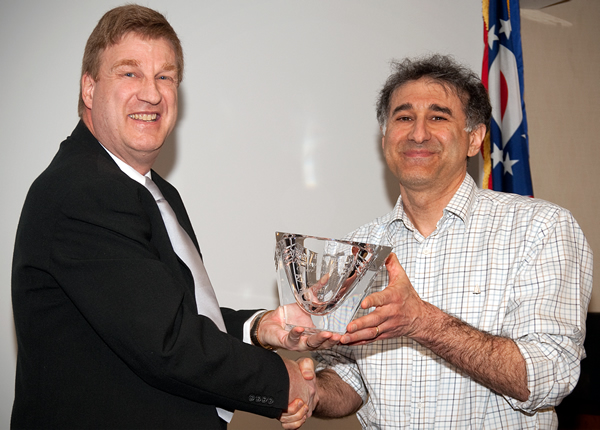 Dr. Emerman during his distinguished research seminar presentation to the Center for Retrovirus Research and OSU faculty, students, and staff. 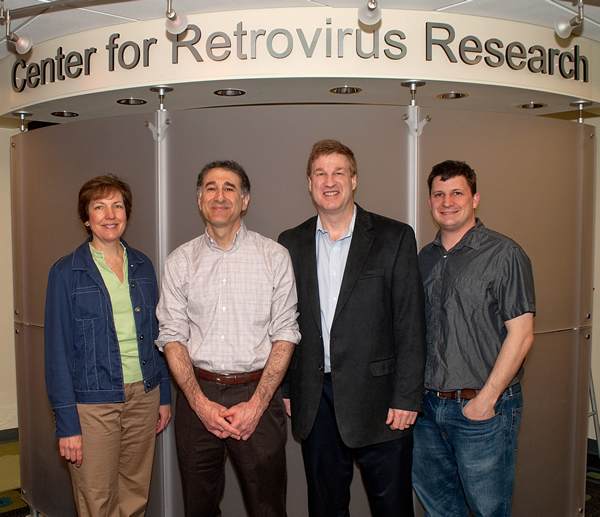