Nearly a decade ago, the aftermath of Hurricane Katrina left hundreds of horses stranded, injured or dead. Thanks to the help and direction of Dr. Rustin Moore, executive director of the Veterinary Medical Center and associate executive dean of the College, almost 500 were rescued and reunited with their owners. 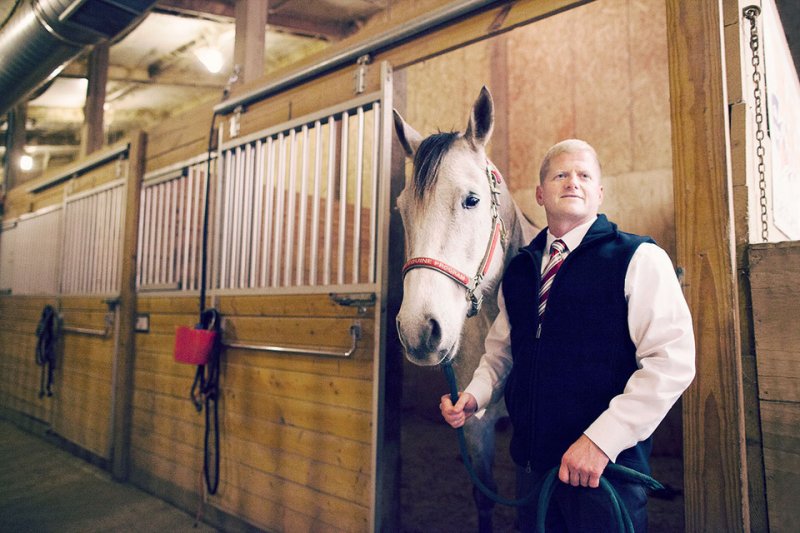 When Hurricane Katrina hit, Dr. Moore was an equine surgeon and head of the equine program at Louisiana State University. Moore and his fellow veterinarians, staff and volunteers were able to establish a "Horse Hurricane Helpline," which they attended to 24/7. They continued their work for two months, saving nearly 500 horses and hundreds of other animals. But among the saved, there were many that couldn't be.

“I would never want to go through it again,” Moore said. “Once was enough. I would never not want to have gone through it because it was a great learning experience. And I wouldn’t wish it upon anyone else.”

The bad times didn't come without the good. Moore was able to successfully amputate the leg of a pony, Molly, since she could no longer use it after being injured in the hurricane.  She survives today at 25 years of age with a prosthetic limb - a miraculous recovery for a pony with three legs.

“Many times a pet doesn’t just mean a dog or a cat, it could be a pet pig, a pet horse. Sometimes that’s the only real part of a family a person has. I don’t think people really understood that. And I think there’s more awareness around that now.”

Thanks to West Virginia University Magazine for this information; read the full article: "After the Storm."