According to the World Health Organization, 36.7 million people were living with HIV in 2015 with 1.8 million of these being children. The research performed by the Wu lab team at The Ohio State University College of Veterinary Medicine could help identify new medication and treatment options for HIV-infected patients.

In July, together with their collaborators from University of Chicago, Dr. Li Wu, professor in the Department of Veterinary Biosciences and two post-doctoral researchers in the Wu lab, Nagaraja Tirumuru and Wuxun Lu, reported their new findings on cellular proteins regulation of HIV RNA modification in eLife, a journal that publishes outstanding research in life sciences and biomedicine. Dr. Wu believes that novel approaches to exploring HIV basic research could provide deeper insights into developing treatments and cures in the future.

“If we are going to find a cure for HIV infection and AIDS, we will need to focus on a new approach to develop more effective treatments. This goal can be achieved by understanding the interactions between HIV and cellular proteins and how these reactions affect HIV viral replication at certain steps in the virus life-cycle,” said Dr. Wu. 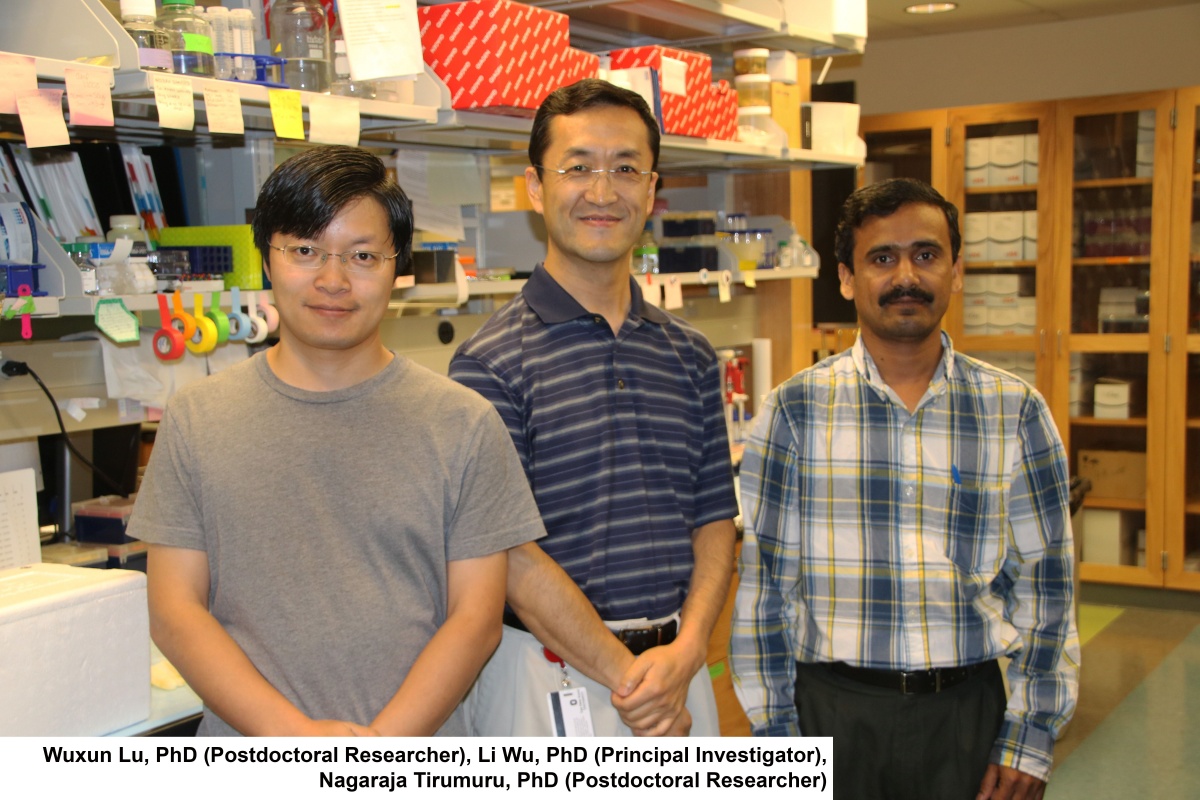 Wu explains that their findings have translational implications, meaning they have a broader impact on other viral infections or diseases other than HIV and AIDS. “Through this discovery, we have found the first retrovirus where modifying viral RNA has an important impact on viral infection. Our approach can now be broadly utilized to study other pathogenic animal or human viruses, such as the influenza virus.” Wu commented.

The publication is a joint effort between investigators from Ohio State and the University of Chicago. Similar findings on HIV RNA modification have been recently published by other two labs at the University California, San Diego and Duke University; however, Wu and his team took their research further by analyzing different effects on the viral replication mediated by three groups cellular proteins that modify HIV RNA.

This study has been made possible by funding from the National Institute of Health (NIH), The Howard Hughes Medical Institute, and a seed grant from the Center for RNA Biology at The Ohio State University. The Wu Lab team was recently awarded a new one-year grant starting August from the NIH for $400,272 towards their continued efforts in this project.