Working toward a cure for HIV

There are 36.9 million people worldwide living with Human Immunodeficiency Virus (HIV), according to the Centers for Disease Control and Prevention.

Now, more than ever, a cure for HIV is in sight, thanks to researchers like Dr. Sanggu Kim, assistant professor in the Department of Veterinary Biosciences.

Kim obtained a PhD in biomedical engineering in 2007, and became an Ohio State faculty member in January. He has been studying HIV infection for 14 years, and was recently awarded a three-year, $747,000 grant from the National Heart, Lung and Blood Institution to continue his research on the virus.

Today, the standard treatment for HIV is antiretroviral therapy, which entails a cocktail of drugs that suppress HIV-1 replication in hopes of preventing AIDS. These treatments are a great stride and have saved many lives across the globe, but they neither cure HIV, nor eliminate the possibility for the virus to build up a resistance.

Kim’s current work focuses on perfecting a novel gene therapy method in which stem cells called hematopoietic stem/progenitor cells (HSPCs) are extracted from bone marrow, engineered to be HIV-1 resistant and then placed back into the body. The goal is for the engineered cells to replace the damaged immune system by repopulating the blood system over time with HIV-protected cells.

“This treatment could ultimately eradicate HIV-1 from its reservoirs,” Kim said.

Although HSPC-based therapy sounds promising, replacing an entire human immune system is a complicated feat. Until several issues have been resolved, clinical success cannot be ensured.

“Recent trials have shown that even after HSPC transplant, less than one percent of cells were protected from HIV, which doesn’t really help the patient,” Kim said. “We don’t really know what level of protected cells is required for clinical success, so my main focus in this project is to determine a threshold.”

One major problem concerns the replenishment of T-cells, which are highly damaged in HIV patients but key to a functioning immune system. Like all blood cells, T-cells arise from HSPCs, but only a tiny fraction survive long enough to become capable of destructive action. This is due to a sophisticated selection process in the thymus that researchers are just beginning to understand.

“We need to find a completely new approach to have better T-cell recovery,” Kim said.

Progress is currently underway thanks to a new technology called vector tagging, which allows individual stem cells to be followed in the body. After using vector tagging to study the nature of HSPCs, Kim and his colleagues began to see holes in the prior assumption that all stem cells are the same.

“We found that stem cells are not equally functional; they behave in a particular pattern,” Kim said. “Certain pools are biased toward producing T-cells, others are biased in producing granulocytes, etc.”

Using a unique mouse model that mimics human T-cell death by HIV, Kim and his research team will further analyze the nature of T-cell selection, as well as identify how many healthy T-cells are needed for full immune system recovery.

“This system is much more complex than we originally thought,” he said, “And as we better understand it, we can improve therapeutic options for the patient.”

Over the next three years, Kim hopes to create a mathematical model to guide the development of new HIV gene therapies. If the specifics of this complex technique can be determined, a cure for HIV may be within reach. 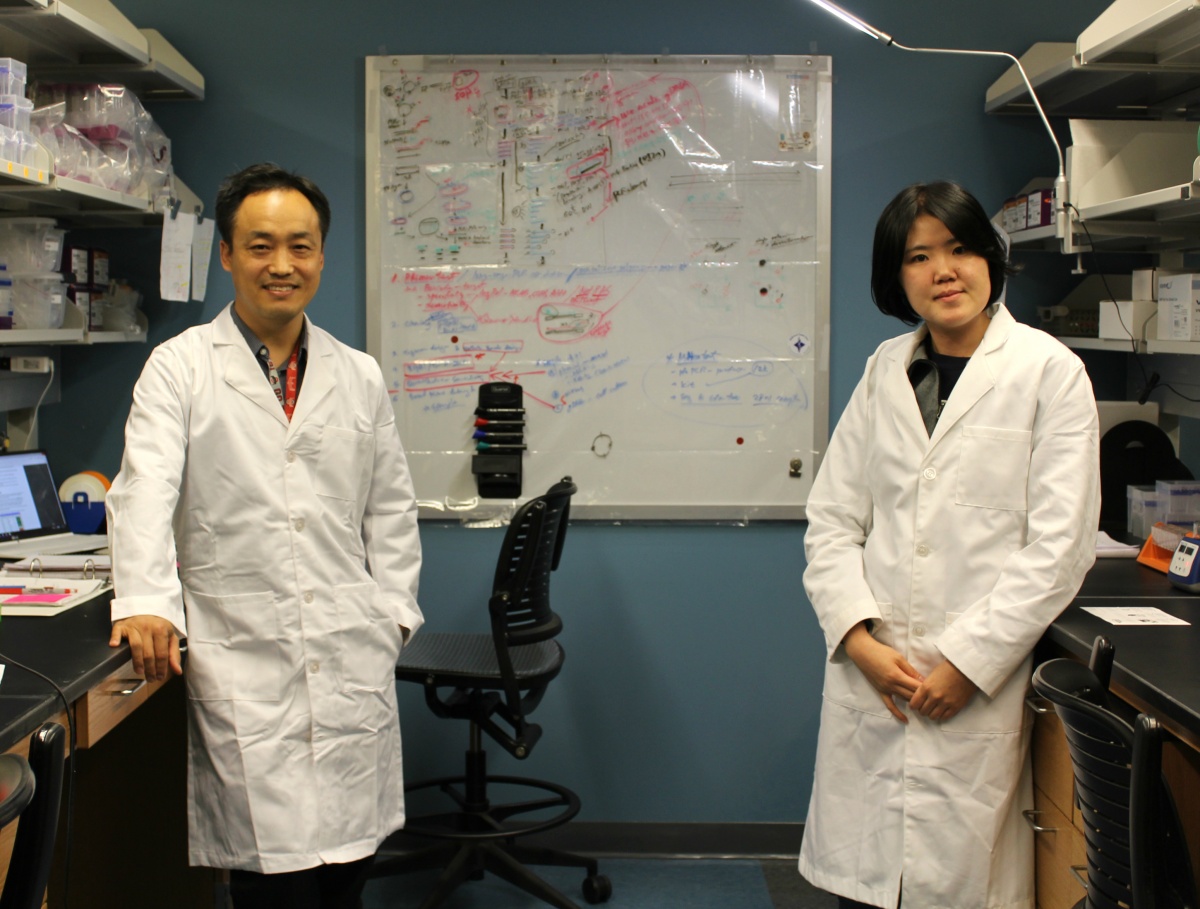