While we’re often concerned with the population decline of certain species, there are some animals that thrive a little too well, such as the wild horse and burro (a small donkey).

Wild horses and burros (WH&B) can be found roaming free in many western states. The animals have been federally protected since 1971 as part of the Free-Roaming Horses and Burros Act, which declares the animals “living symbols of the historic and pioneer spirit of the west.” In 1971, there were 25,000 WH&B on U.S. lands.

But over the past few decades, the WH&B population has surged to an unprecedented 67,000, according to statistics from the U.S. Department of the Interior’s Bureau of Land Management (BLM), which is in charge of managing the species.

This is 40,000 more than the BLM’s Acceptable Management Level of 27,000, at which wildlife and livestock can live in balance with the animals.

Dr. Marco Coutinho da Silva, associate professor-clinical in the Department of Veterinary Clinical Sciences, and Dr. John Lannutti, professor of Materials Science and Engineering in the College of Engineering, are collaborating in an effort to curb this overpopulation, thanks to an $800,000 grant from the BLM.

Several negative effects have ensued from WH&B overpopulation including the destruction of crops on surrounding agricultural lands, and a shortage of resources that can cause the animals to starve to death.

Currently, the animals are rounded up every three years and given various treatments, one being a contraceptive. The contraceptive is in the form of a vaccine that contains porcine zona pellucida (PZP), which inhibits pregnancy by stimulating the creation of antibodies that prevent sperm from attaching to eggs.

Although the PZP vaccine works as it’s supposed to, it hasn’t been totally effective in hindering WH&B population growth. One issue could be the drug’s instant release form, which may wear off long before the females are re-vaccinated. This hypothesis led the BLM to look to researchers who can redesign how it is delivered once inside the body. 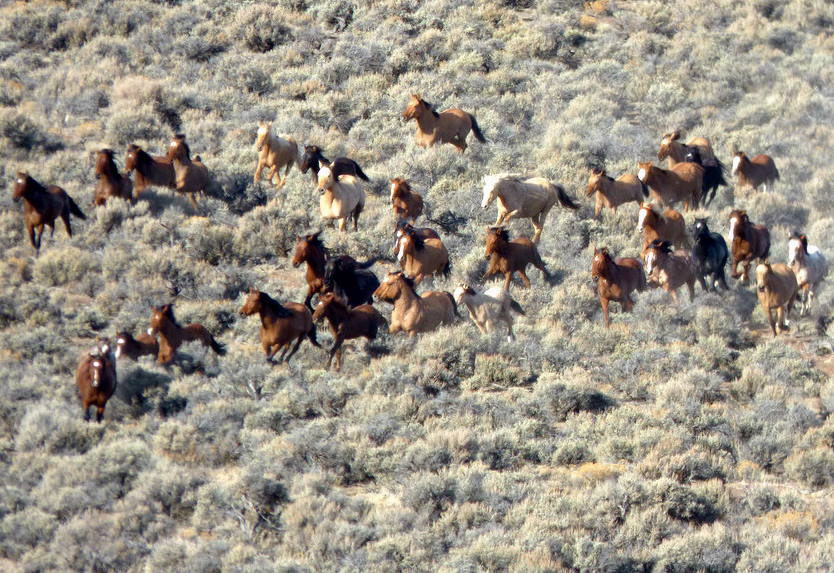 Using a novel nanoscale production method, Coutinho da Silva and Lannutti are developing a tiny capsule for the contraceptive that allows it to survive and function in WH&B for a full three years or longer, reducing the birth rate and eliminating the need for extra round-ups.

“It’s basically a carrier that we can design with different properties to release the vaccine at predetermined time periods,” Coutinho da Silva said. “The goal is to provide timed boosting mechanisms without the need for us to physically go and give the horses an injection.”

One challenge the researchers face during testing is to accurately mimic the biomechanical pressures their capsule will undergo once it’s placed inside the animal. They will do this by using a specialized machine that exposes the capsule to specific levels of tension and compression at intervals that simulate the natural behavior of WH&B.

Coutinho da Silva and Lannutti begin biomechanical testing this month, and if their design proves successful they will move to several live-animal models.

“If the outcome of extensive animal testing is efficacious, the next step will be to generate a more proficient delivery system, potentially being able to dart animals from helicopters,” Coutinho da Silva said, adding that this would lessen the labor and monetary burdens involved in supporting current WH&B contraceptive initiatives.

Research reported herein was supported by the United States Department of the Interior Bureau of Land Management under agreement number L15AC00146.