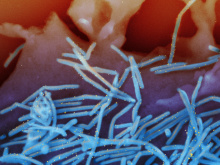 Researchers have identified a promising strategy for development of broad-spectrum antiviral therapies that centers around promoting a strong immune response capable of stopping a number of viruses in their infectious tracks.

Experiments in cell cultures and mice showed that blocking the function of a specific enzyme present in all cells triggers a powerful innate immune response, the body’s first line of defense against any foreign invader. When challenged by several types of viruses in the study, this response dramatically lowered replication of viral particles and protected mouse lungs from damage. 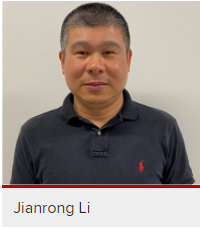 There are still several avenues to explore, but the scientists say the finding could help change the approach to developing antiviral medications.

“Typically, in antiviral development, the saying is, ‘one bug, one drug,’” said Jianrong Li, co-senior author of the study and a professor of virology in The Ohio State University Department of Veterinary Biosciences and Infectious Diseases Institute.

“A drug that can stimulate the immune system to have broad antiviral activities would be very attractive – one drug against multiple bugs would be an ideal situation.”

The study is published in the journal Proceedings of the National Academy of Sciences.

This discovery was enabled in part by a technique the researchers used to map the precise location of an RNA modification they were studying, and to see which enzyme made the modification. The mapping led them to determine that this enzyme’s work happens not in viruses, but in mammal hosts that viruses want to infect. 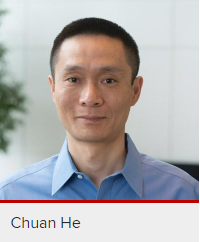 “If you can detect the modification, then you can study it and target it. But it took a while to figure this out – in the beginning of the pandemic, a lot of people, including our lab, were studying RNA modifications in hosts and viruses,” said co-senior author Chuan He, John T. Wilson Distinguished Service Professor of chemistry, biochemistry and molecular biology at the University of Chicago. “It turns out the key here is not a viral RNA modification, but a host RNA modification, and it triggers a host immune response.”

Viruses tested against the immune response in this study included two that can cause severe respiratory infections in infants and the elderly, human respiratory syncytial virus and human metapneumovirus, as well as a mouse respiratory virus called Sendai virus, the vesicular stomatitis virus found in cattle and the herpes simplex virus, a DNA virus. Replication and gene expression of all of these viruses were significantly reduced when the enzyme was blocked, and the researchers said preliminary data from earlier studies in cell cultures suggested the SARS-CoV-2 virus could be similarly controlled by this antiviral strategy.

The RNA modification itself, known as cytosine-5 methylation, or m5C, is actually what needs to be altered to trigger the immune system response. It is one of roughly 170 known chemical modifications on RNA molecules in living organisms that affect biological processes in a variety of ways.

In lieu of targeting the modification, researchers were able to inhibit the function of a key enzyme in that process, called NSUN2, to stop the RNA change. Suppressing NSUN2 using gene knockdown techniques and experimental agents, they found, sets off a cascade of cell activities that leads to robust production of type 1 interferon, one of the most potent fighters in the innate antiviral response.

“Amazingly, blockage of NSUN2 almost completely shuts down the replication of vesicular stomatitis virus, a model virus that normally kills the host cells within 24 hours and replicates to a very high titer, and strongly inhibits both RNA and DNA viruses,” said study co-first author Yuexiu Zhang, a PhD student in Li’s lab.

It turns out that blocking NSUN2’s function in cells exposes RNA snippets that, despite belonging to the host, are seen as foreign invaders, which triggers the type 1 interferon production. Once available at this high level, the protein will stop the real threat: viruses trying to cause infection.

The researchers verified this sequence of events during experiments in multiple types of cells and human lung models before observing the effects of blocking NSUN2 in mice.

“We compared NSUN2-deficient mice with wild-type mice to see how the viruses act,” Li said. “Once we inhibited NSUN2, viral replication in the lung decreased and there was less pathology in the lung, and that correlated with enhanced type 1 interferon production.

“This finding in mice and our other experiments proved that NSUN2 is a druggable target.”

Next steps include developing a drug designed specifically to suppress NSUN2’s function, the researchers said.

This study was supported by grants from the National Institutes of Health and the Howard Hughes Medical Institute, where He is an investigator.

He is a scientific founder of the drug-development company Accent Therapeutics, and Li and He have filed a provisional patent.