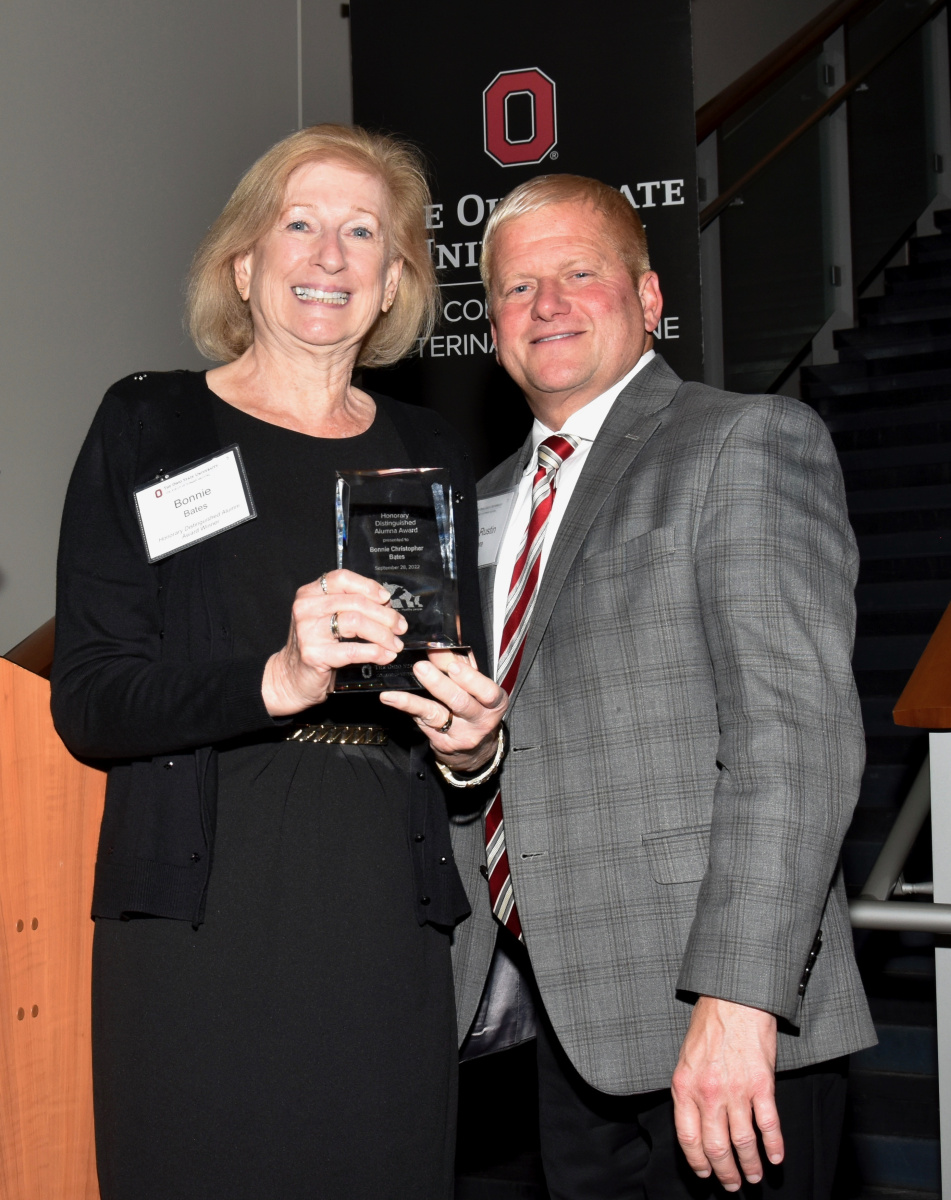 Bonnie Bates, a 1977 and 1982 Ohio State graduate, has a deep connection and affinity to Ohio State. She began working as a student employee for Ohio State’s College of Veterinary Medicine in 1973 and was an integral part of the college for many years to follow.

Upon graduating, Bates continued to work for the college – becoming the Director of Alumni Affairs. She was extremely successful in cultivating and nurturing the relationships between the college and its alumni and supporting the college’s Alumni Society.

Bates served as the editor of The Speculum Magazine, a publication that was in circulation at Ohio State’s College of Veterinary Medicine from 1946-2006. This project was a passion point for her and the publication was well received by the college community for its entirety.

An active participant in other philanthropic activities, over the years Bates has been supportive of Lutheran Social Services of Central Ohio, Mid-Ohio Food Collective, Ohio State Student Campus Food Pantry, and Star House, the Columbus shelter for homeless youth. 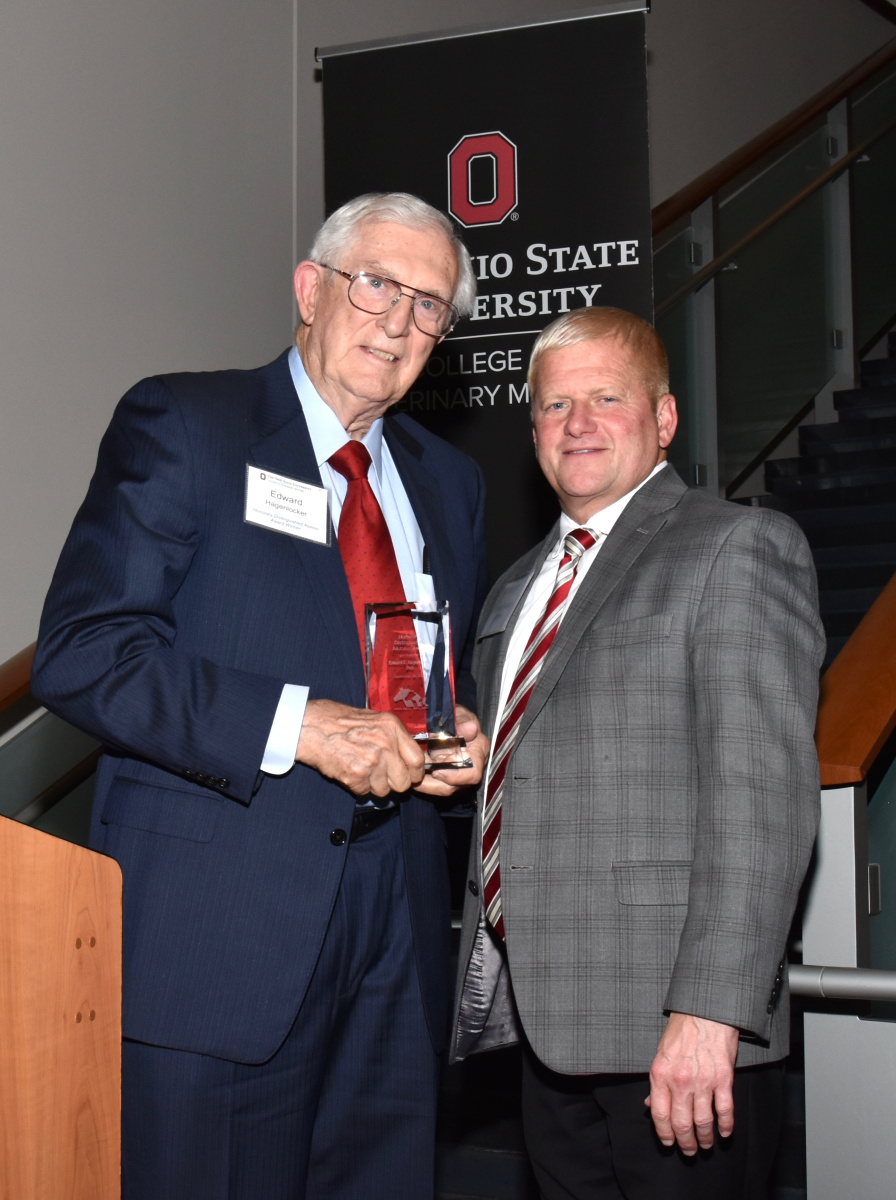 Hagenlocker joined Ford Motor Company as a research scientist in 1964. In 1968, he switched from research to mainstream automotive engineering – an unprecedented move at the time. This bold and innovative decision set the groundwork for an incredibly impactful and successful career with the Ford Motor Company for over 34 years. In 1986, Hagenlocker was elected Ford Motor Company Vice President, and next, as Executive Vice President, then President of Ford
North American Automotive Operations (NAAO), where he oversaw the launch of 16 new cars and trucks over a 36-month period – a Ford record.

Hagenlocker served as Vice Chairman for Ford from 1996-1999 and during that time, he was responsible for the company’s innovative Visteon auto systems organization, Ford Land, technical operations, and the Hertz Rental Car operation.

During his time with the Ford Motor Company, Hagenlocker’s professional priorities supported the development of his colleagues and the organization. He was very passionate about encouraging the innovation and appreciation of people. He endorsed employee empowerment and was among the first senior managers in his industry to do so.

Hagenlocker’s personal philanthropic activities supported the human service needs of his community, exemplified by his role as General Chair of the 1998 United Way Torch Drive, where he was the top volunteer in the 20,000-volunteer effort to raise funds for a network of more than 130 human service agencies, setting an unprecedented goal of raising $70 million.

Retiring as the Vice Chairman of Ford in 1999, Hagenlocker has continued to share his time, talent, and treasure with Ohio State over the years. He received an honorary doctorate in science from Ohio State in 1997 and gave the summer 1997 commencement speech. 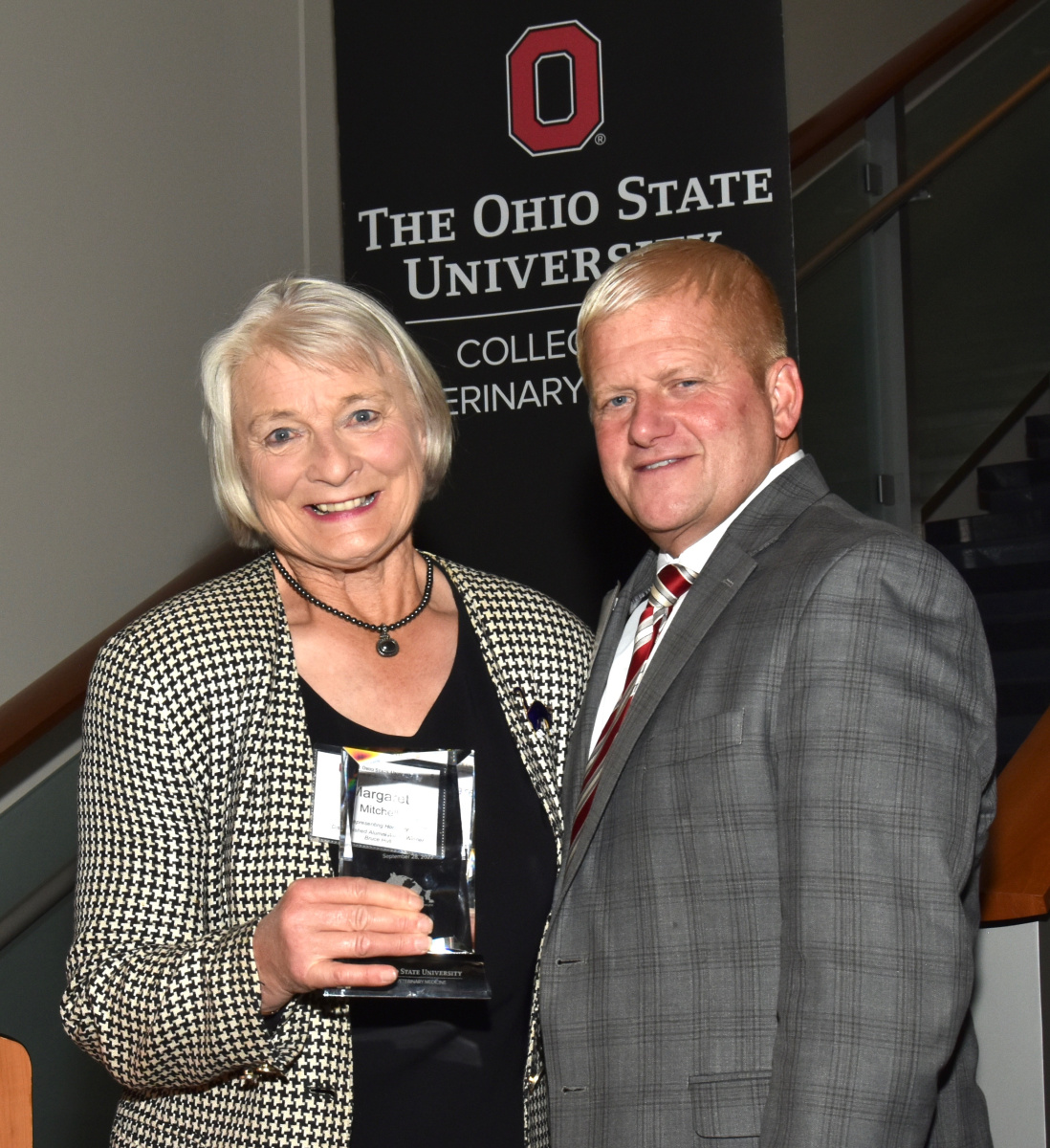 Bruce Hull, DVM, MS, DACVS, born in Albany, NY, received pre-veterinary training and his Doctor of Veterinary Medicine degree from Cornell University in 1965 and his Master of Science degree from Iowa State University in 1971. After working in private practice, he joined the faculty of The Ohio State College of Veterinary Medicine in 1976 as a farm animal surgeon where he worked until 2005 when he retired as a Professor Emeritus.

Many of Hull’s peers would say that he was known as the “go-to” veterinarian at Ohio State for large animal evaluation and surgery. His clinical and surgical expertise was highly sought after by the most prominent dairy breeders in Ohio and the surrounding states. Hull was a pioneering surgeon who developed and refined many procedures for food/farm animals, such as the blind-stitch abomasopexy, pararectal seminal vesiculectomy, silicone teat implants for treatment of
teat-gland cisternal obstructions, cross pinning of capital physeal fractures in bulls, and a variety of other commonly performed surgeries still done today.

During his career, Hull published over 70 articles in peer-reviewed journals, book chapters and periodicals. One of his most well-known contributions occurred during his master’s research which demonstrated that hypocalcemia is a causative factor in abomasal displacement in dairy cattle. He co-authored the textbook “Techniques in Large Animal Surgery”, which is used in many veterinary schools. Recognized internationally for his expertise, Hull has given lectures in Canada, Brazil, Australia, South Africa and Europe.

Hull trained and guided many students at Ohio State who are now veterinarians or actively involved in animal agriculture, as well as other leadership roles in academia, including a few deans of veterinary medical colleges. His incredible mentorship of these veterinary, residents and graduate students has been recognized by the many teaching awards Hull received at Ohio State throughout his career. He received numerous teaching awards, including Outstanding Teacher of the Year, Norden Distinguished Teacher (1978 and nominated four other times through 1992), Clinical Teacher of the Year, and Referral Clinician of the Year.

In 2004, Hull received the American Association of Bovine Practitioners (AABP) Alpharma Award of Excellence for consistently and directly influencing veterinarians in bovine practice. In 2008, he received the AABP and Intervet/Schering-Plough Animal Health Mentor of the Year Award for his outstanding mentoring of students, interns, residents, and graduate students throughout his career. In addition, he received the Dairy Science Hall of Service Award. Hull served on the Board of Regents and in many other roles, including President (1995) of the American College of Veterinary Surgeons. He was the 2017 recipient of the ACVS Foundation Legends Award for his dedication and contributions to the field of veterinary surgery.