Mike Dyer, MS ’89, DVM ‘93, earned a master's degree in animal science and reproductive physiology from The Ohio State University in 1989 and graduated from The Ohio State University College of Veterinary Medicine in 1993, after completing a bachelor's in zoology at Marshall University in Huntington, West Virginia. Dyer began his career in the tri-state area of Ohio, West Virginia, and Kentucky as a mixed animal practitioner, providing ambulatory and emergency care for horses, cattle, and small ruminants while practicing small animal medicine at Proctorville Animal Clinic.

Though most of his current work is done providing spectrum of care medicine and focusing on orthopedic surgery, Dyer is also co-owner of eight veterinary hospitals in the tri-state area, including an Equine Medical Center and seven small animal practices. He is also a shareholder and founder of the Tri-State Animal ER in Kenova, West Virginia.

Dyer was recently elected to the Ohio Veterinary Medical Association Board of Directors and is a member of the Frank Stanton Foundation Advisory Board. He has hosted undergraduate and veterinary students from Ohio State’s College of Veterinary Medicine and other veterinary schools for the last five years, as well as several veterinarians from India pursuing their PhD at Marshall University to help prepare them for practice in the United States. Dyer’s practice has facilitated porcine anesthesia for multiple general and OB/GYN laparoscopic surgery labs for the surgical residents from Marshall University, Joan C. Edwards School of Medicine.

As an active member of his local community at large, he served on the board of directors of the Chesapeake Union School District. Additionally, he is on the founding governing board of the Tri-State STEM+M High School in South Point, OH, beginning in 2015. Dyer was awarded Business Entrepreneur of the Year in 2012 and Business of the Year in 2017 by The Lawrence County Chamber of Commerce in Ohio.

Henry is known as a rare classic anatomist - a skilled anatomy teacher who also actively conducted research and improved tissue fixation and plastination technology in the United States and globally. Henry has taught to students at all education levels in all fields of veterinary anatomy.

Throughout his 40-year career, Henry published over 130 peer-reviewed papers, 184 abstracts, and 332 scientific reports. He has secured over 70 research grants/funding and has hosted 55 national and international plastination labs and workshops globally. Henry is world-renowned for his work in plastination and was the first veterinarian involved in pioneering plastination technology in the United States.

Recognized for his leadership and contributions to the field of anatomy and sciences, Henry has
received numerous honors and awards including seven distinguished teaching awards. He has mentored graduate students and postdoctoral and visiting scholars from the United States and globally. Many of his mentees have continued his legacy, becoming national and global leaders in anatomy programs.

Henry is a steward of his community and his public service extends far beyond the academic environment. Henry is very engaged with youth through outreach efforts, such as school career day presentations, biology laboratories, 4-H conferences, various high school anatomy lectures and activities at his local church.

In 1993, Lehmkuhl became a board-certified cardiologist with the American College of Veterinary Internal Medicine (ACVIM) and has previously served as Chair of the ACVIM’s Cardiology Examination Committee, Presidential Committee and ACVIM Forum Cardiology Program Committee. She currently serves on the ACVIM Presidential Advisory Committee.

Lehmkuhl’s distinguished career in academia, specialty practice, and executive leadership span over three decades. From 1993-1999 she served as Assistant Professor of Cardiology at Ohio State’s College of Veterinary Medicine. In 1999 Lehmkuhl also established CardioSAFE Consulting, a consulting company to evaluate electrodiagnostic recordings from pharmaceutical testing laboratories to screen for drug safety, serving as President. (1999-present). In 2000, she joined MedVet as a Senior Staff Cardiologist and Department Chair, and for 12 years continued to establish herself as one of the nation’s top practicing veterinary cardiologists.

Switching gears to an executive administration position, Lehmkuhl served as the Regional Medical Director for MedVet from 2013 to 2014 and as Chief Medical Officer from 2014 to 2019. In 2019, Lehmkuhl became MedVet’s Chief Executive Officer – making her the first woman CEO of a national network of specialty hospitals, with administrative responsibility for 33 comprehensive specialty hospitals throughout the United States.

Yoo has been an educator at different universities throughout the United States and globally since 1980, with a focus on preventive medicine, hospital operations and healthcare strategy. He is well known for his unique teaching style and highly practical approach to operations and management. He taught at Columbus State Community College’s Register Veterinary Technician Program from 1976-1978, served as Associate Professor in Preventive Medicine and Epidemiology at the Northeastern Ohio University College of Medicine from 1992-1998 and

Professor of Healthcare for the MBA program at the California Management and Science University in Los Angeles from 2012-2019. Yoo currently serves as an Adjunct Professor at Western University College of Veterinary Medicine and as the Director of International Education at the Chinese Academy of Veterinary Medicine, the national post-doctoral training center of China.
Successfully practicing veterinary medicine in Ohio for over 20 years, Yoo has used his practice management experience and MBA degree training to strongly advocate for and support better business management practices among veterinarians. He has applied his veterinary expertise to human medicine serving as a Healthcare Strategist at the Cleveland Clinic from 1994-1996 and as Senior Consultant and President of the Infinity Medical Consulting Company from 1994-present. His consulting activity ranges from corporations at the national level to high-performance private practices and industries related to veterinary medicine.

Yoo’s publication of his preventive medicine approach to veterinary practice that he calls: 550PM (5 Minutes and 5 Steps of Preventive Medicine) has been published in a variety of veterinary periodicals and he is a frequently invited speaker at veterinary professional meetings. He and his veterinary practice were recognized as the Best Managed Veterinary Hospital of the Year by DVM magazine in 1997.

Yoo travels extensively to South Korea, China and other parts of Asia as an ambassador and advocate, with the goal of helping to advance veterinary medicine in these countries. He is passionate about promoting diversity in the veterinary profession and was recognized by the Diversity Veterinary Medicine Coalition as the recipient of the Diversity, Equity, Inclusion and Belonging Award for the 2021 Western Veterinary Conference. 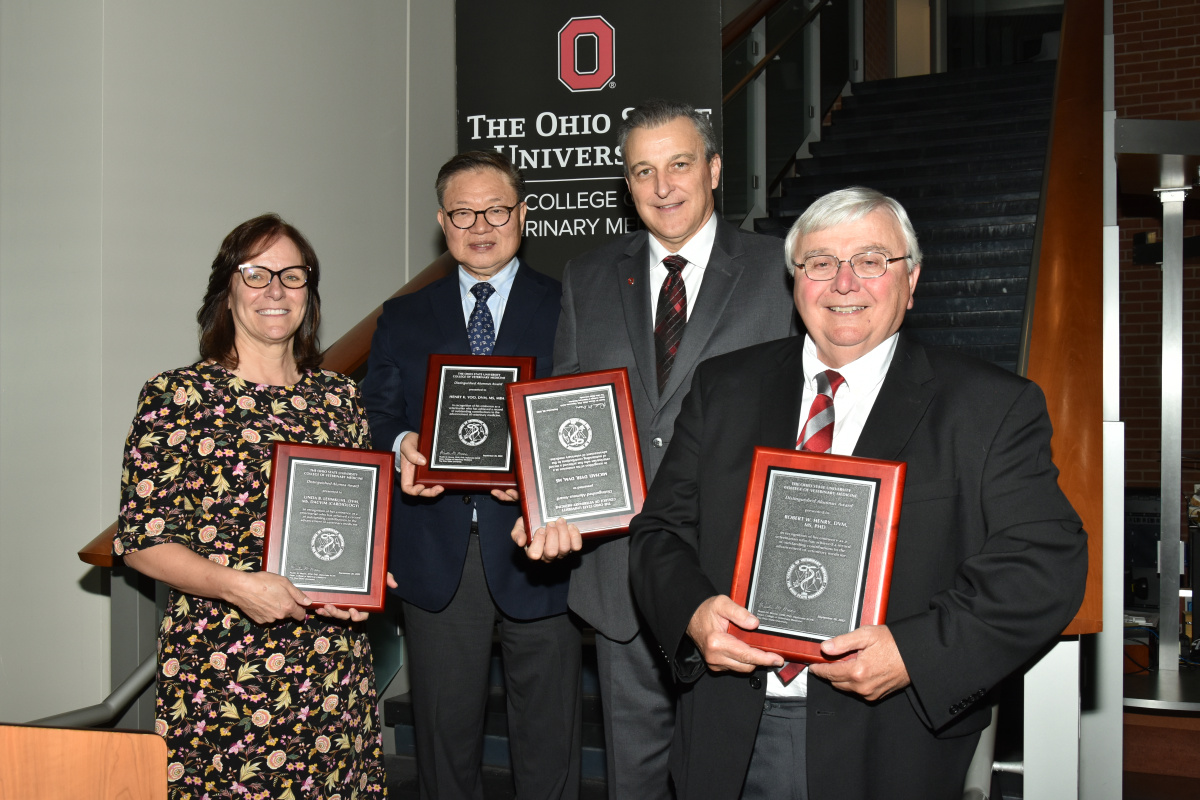