Making a Mark: The Rewarding Possibilities of Change 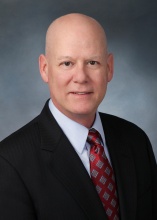 Dr. Andrew Maccabe’s professional portfolio illustrates the adaptability of a DVM degree and its ability to create access to dynamic and fulfilling careers within the government sector.  An alumnus of The Ohio State University, Dr. Maccabe received his Bachelor of Science and Doctor of Veterinary Medicine degrees in 1981 and 1985, respectively. “I chose Ohio State not only because I had roots in Ohio, but because the College of Veterinary Medicine and Veterinary Medical Center had one of the best training programs and caseloads for students,” said Dr. Maccabe.

After graduating from the College of Veterinary Medicine, he began his professional career in Jefferson, Ohio, where he worked in a mixed animal practice with a primary emphasis on dairy herd health. In 1988, he was commissioned as a Public Health Officer in the U.S. Air Force where he managed the preventive medicine activities of several Air Force installations and directed programs in occupational health, communicable disease control, and health promotion.

Dr. Maccabe believes the education he received as a veterinary student at Ohio State prepared him to change his career path from private practice to a public health focus. He said, “The Department of Veterinary Preventive Medicine did a remarkable job of educating me about possibilities.” He continued, “I was equipped with the right tools and expertise to advance my career regardless if I stayed the initial course I planned or if I opted to pursue other rewarding areas of interests within our field — I was ready to take on whatever came my way.” 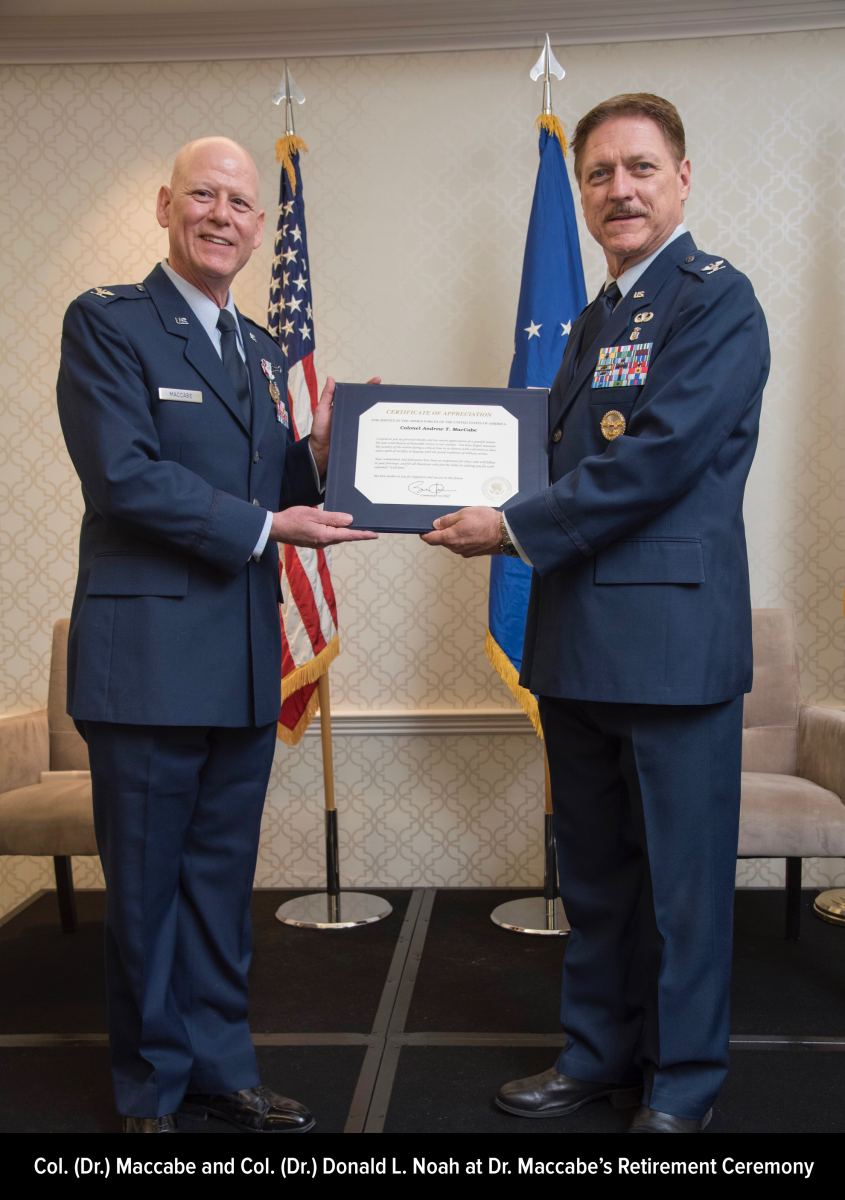 In 2003 Dr. Maccabe was re-commissioned in the U.S. Air Force Reserve. He completed Air Command and Staff College in 2005 and was an Outstanding Graduate of Air War College in 2006. In 2007, he joined the CDC and was appointed Liaison to the U.S. Food and Drug Administration where he coordinated policies and programs between the two agencies. That same year, Dr. Maccabe received the Alumni Recognition Award from The Ohio State University College of Veterinary Medicine.

He returned to AAVMC in 2012 as the Chief Executive Officer. Today, Dr. Maccabe holds memberships in many professional organizations including the American Veterinary Medical Association, the District of Columbia Veterinary Medical Association, and the Lesbian and Gay Veterinary Medical Association. He is a member of the State Bar of Arizona, the Bar of the Superior Court of the District of Columbia, and a Licensed Patent Attorney. Dr. Maccabe recently retired from the U.S. Air Force and received a number of high honors for his service including: The Defense Meritorious Service Medal, First Oak Leaf Cluster Meritorious Service Medal, First Oak Leaf Cluster, Air Force Commendation Medal, First Oak Leaf Cluster, National Defense Service Medal, and Joint Service Achievement Medal. Dr. Maccabe’s retirement ceremony was presided over by fellow Class of 1985 alumnus, Dr. Donald Noah. Starting this autumn, Dr. Maccabe will be a member of the College of Veterinary Medicine’s Diversity Council that serves as an advisory to the dean regarding the college’s commitment to promote and foster an environment of diversity and inclusion.

When asked if he had any advice for current veterinary students, Dr. Maccabe stated, “You’re learning at one of the best veterinary schools in the world so please remember to keep your eyes open and take advantage of opportunities as they come your way.” He added, “I attribute my rewarding career path to simply being aware of different opportunities that could advance my education and career, and making sure to take advantage of them whenever I could.”