Frank Stanton and the Stanton Foundation

With the $39M gift from the Stanton Foundation, our college is revolutionizing veterinary medical education for current and future generations. The gift establishes the Building Preeminence in Veterinary General Practice Education (BPVGPE) program which provides students with hands-on learning opportunities to develop and refine essential clinical and professional skills. Nineteen million dollars of the gift will provide funding for: the Frank Stanton Endowed Chair in General Practice and Canine Health and Wellness, seven faculty and 12 staff members, the design and construction of a state-of-the-art Clinical and Professional Skills Lab, and the purchase of a mobile veterinary unit for the college’s Outreach Medicine Program. At the end of five years and upon the successful achievement of established milestones, $20 million of the gift will be awarded to endow the BPVGPE. 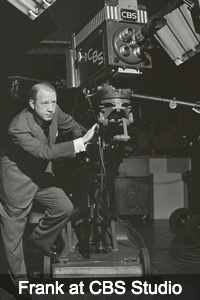 Frank Stanton was born in Muskegon, Michigan on March 20, 1908. Stanton grew up in Dayton, Ohio, and attended Ohio Wesleyan University as a pre-medical student. He put himself through college by working in the advertising department of a Dayton retailer.

He graduated from Wesleyan with a BA in 1930 and taught typography for a year at a trade school before accepting an offer from Ohio State to teach psychology. He received both a master’s (’32) and PhD (’35) in psychology and an honorary doctorate (’49) in law from Ohio State. He married the former Ruth Stephenson in 1931; she died in 1992.

An avid lover of dogs, Stanton was president of CBS from 1946 until 1971, and was a major innovator of mass-media practices and programming innovations, initiating the modern presidential debate with John F. Kennedy and Richard Nixon in 1959.

In 1963, after the assassination of President Kennedy, Stanton kept CBS News on the air for four straight days without commercial interruption. In 1971, he risked going to jail to keep CBS documentary notes and "out-takes" from congressional scrutiny. As the late CBS News chief Dick Salant once remarked, "Stanton was the best non-practicing journalist who ever lived."

Stanton was known as the "conscience of broadcasting" for his battles for First Amendment rights and the unwavering support of the journalists who worked for him. On December 25 2006, Dr. Frank Stanton died at the age of 98. Stanton had no immediate survivors. 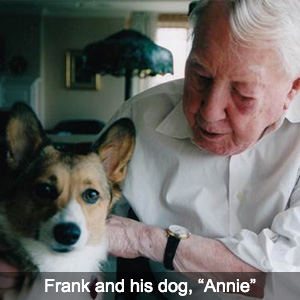 Based in New York City, the foundation was created by Stanton to support areas where he was unable to complete his charitable intentions during his lifetime, including canine welfare, the development of more informed citizens and the protection of First Amendment rights. Visit thestantonfoundation.org to learn more about the foundation.