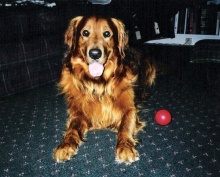 Losing a beloved pet is never easy. We oftentimes ponder how lovely it would be to see our pet again, and reminisce on photos and videos that remind us of our love for them.

But some pet owners, such as Jennifer and Steve Trotta, take it one step further by cryopreserving the animal’s eggs or semen while they’re still alive.

Quincy, the Trottas’ Golden retriever, had some of his semen frozen 16 years ago at The Ohio State University Veterinary Medical Center before he passed away, as the Trottas knew they would want to pass on his genes in the future to preserve his legacy.

Quincy -a field golden- was a comfort dog for 10 years at a nursing home where Steve used to work. Quincy had full run of the building, Steve said, so that he could engage residents with his kind and gentle demeanor. His presence allowed people to experience some of the proven benefits of Animal-Assisted Therapy (AAT), such as lower stress, anxiety and an overall improved mood, among many others. People at the nursing home loved him, Steve said, and one resident even ended up painting a portrait of him.

Since Quincy passed away at age 14, the Trottas have been looking for the perfect female dog to breed with his DNA. Unfortunately, their first female failed to pass the rigorous health screening required for responsible breeding of healthy Golden retrievers, and the Trottas were forced to wait even longer for the perfect match. 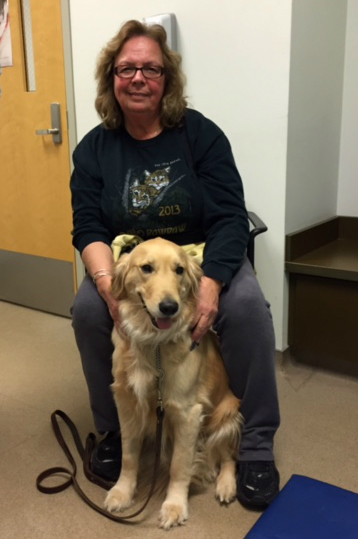 Then they found Halle, a 3-½ -year-old Golden retriever and comfort dog. Steve said he plans to employ her compassionate temperament for AAT just like Quincy. After going through some training, Halle recently brought smiles to disabled children and adults at Carleton School in Syracuse, Ohio.

Halle was artificially inseminated with Quincy’s semen in February, and was confirmed pregnant on March 22.

“The success rate of breeding with frozen semen is about 50-50,” said Dr. Erin Runcan, assistant clinical professor of Theriogenology/reproductive medicine and the specialist who worked with the Trottas. “We increased our chances with Halle by using two doses of frozen semen instead of just one.”

These types of procedures are done frequently by the theriogenology service at the VMC, she said, adding that another reason that pet owners will have semen frozen is to send it overseas for breeding in other countries, or to other states when the male might not be available for breeding.

Halle successfully gave birth to three puppies -two females and one male- who were welcomed into the world on April 25.

“We’re keeping two of the puppies, and giving the other to my brother-in-law,” Steve said. "But there was a long line of family and friends hoping to get one of Quincy’s offspring.”

The Trottas live in Athens, Ohio. Steve is a physical therapist at Ohio University Therapy Associates and Jennifer is an intervention specialist at Beacon School. The couple has regularly taken in rescued golden retrievers, two of which currently live with them and Halle.

“It’s a happy ending, and it’s exciting that we were the ones that froze the semen so long ago and that we were able to breed her and get a successful litter," Runcan said. “We applaud the Trottas on their dedication to the health of the Golden Retriever breed, and wish them all the luck with their new family members."

(Scroll down for photos and video!) 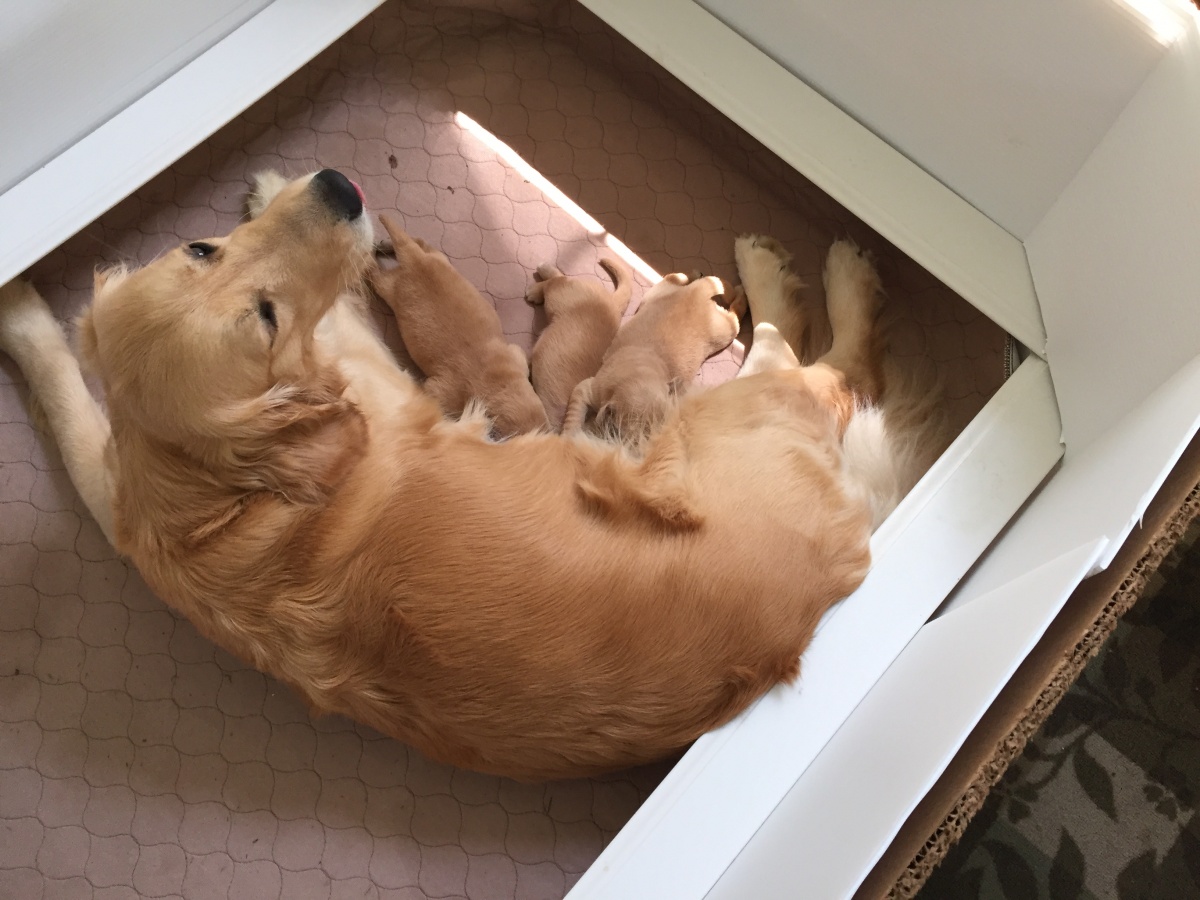 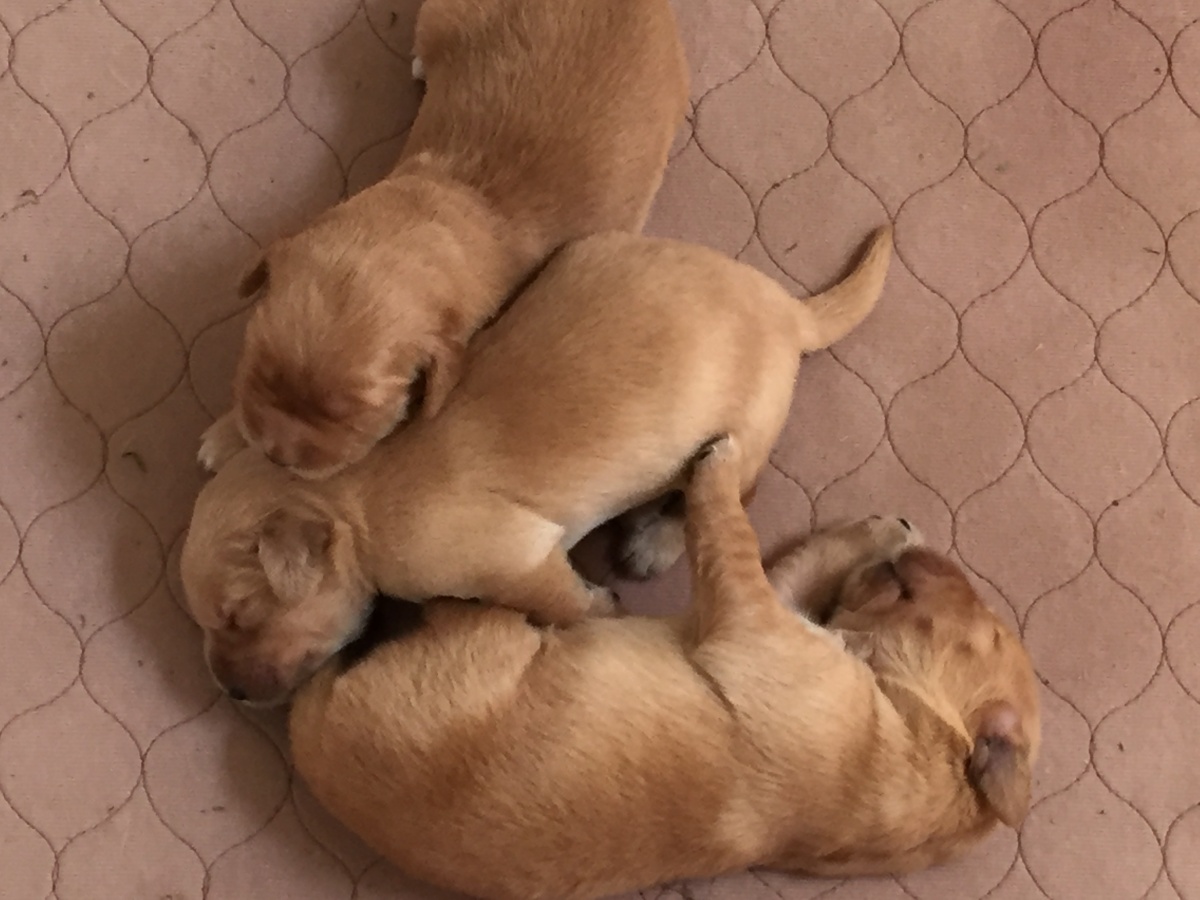