Cystic Fibrosis research could change how patients are treated 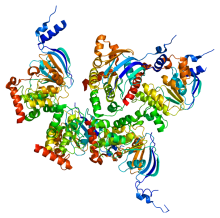 Dr. Estelle Cormet-Boyaka, associate professor in the Department of Veterinary Biosciences, and Dr. Amal Amer, an associate professor at the College of Medicine, have received a $2.55 million grant from the National Institute of Allergy and Infectious Diseases for their research on Cystic Fibrosis (CF).

An estimated 30,000 people in the U.S. are living with CF, a fatal genetic disease, according to the Cystic Fibrosis Foundation patient registry.

CF can affect multiple parts of the body, but primarily impairs lung function. The lungs in a person with CF are colonized with bacteria from a young age due to poor mucus clearance, which results in chronic inflammation. This makes them susceptible to various bacterial infections, which if unchecked can cause severe, life-threatening symptoms.

Drs. Cormet-Boyaka and Amer are amid the first researchers to look at the behavior of CF innate immune cells, and they were able to identify several problems occurring within the cystic fibrosis transmembrane conductance regulator (CFTR) chloride channel. This is a protein that transports ions across the membrane of cells, and its malfunction affects production of mucus, sweat, saliva, tears and digestive enzymes. The problem can be traced back to mutations in the CFTR gene.

Specifically, they found that macrophages - a type of white blood cell that disassembles cellular debris such as foreign substances or infectious cells through a process called autophagy – do not work properly in CF patients.

“Instead of the macrophages devouring the bug by performing autophagy, the macrophages replicate and provide an environment for the bug to live instead,” Dr. Amer said in a story by the College of Medicine. “So while you can keep providing treatment and antibiotics, it will just keep hiding there.”

Since current methods of care for CF are centered on treating the symptoms of infection and not the cause, this knowledge is a crucial breakthrough.

Drs. Cormet-Boyaka and Amer’s research will continue to examine these complex cellular pathways as well as possible ways of restoring macrophage function in CF patients, along with other potential therapeutic targets.

The two researchers also received a $1.5 million grant from the National Heart, Lung and Blood Institute for this research in September 2015.